A native of Columbus, Georgia, Shalishali is a shareholder in the Litigation group for the Law Firm of Page, Scrantom, Sprouse, Tucker & Ford, P.C. Since his tenure with the firm, his practice areas have primarily included complex business litigation, construction litigation and personal injury matters. He also regularly defends local government entities and law enforcement agencies on various civil matters. Having successfully litigated numerous cases at both the state and federal level, Shalishali also currently balances his private practice with additionally serving as Assistant Magistrate Judge for Muscogee County. For his efforts, he was recognized as a Rising Star in the 2021 edition of the Georgia Super Lawyers magazine.

In the Columbus community, Shalishali serves on the boards for the Emanuel Preparatory School of Math and Science and the Columbus Botanical Garden. In addition to serving as a youth mentor, he previously spent several years volunteering for Big Brothers Big Sisters and the River Center for the Performing Arts, where he served as Chair of the Board of Trustees.

“I hope to bring to Dougherty County in its role as a steward of taxpayer dollars and service-provider for its citizens, added assurance that it is compliant with the law,” said Shalishali. “I also seek to bring a spirit of friendship and collegiality that results in a lasting partnership beyond just serving as legal counsel. The wonderful folks I have met here so far leave me with little doubt that these aims are achievable.” 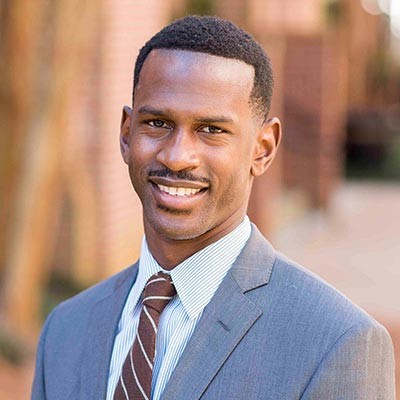 Alex Shalishali, new County Attorney for the Dougherty County Board of Commissioners.