According to the Albany Herald, nominations for the Reader’s Choice Awards for 2022 were open to the public beginning January 4th through February 28th, with voting beginning on March 1st and running through March 31st. They received 10,005 nominations in 284 categories and collectively, received 75,745 votes this year, which was up from only 60,000 last year.

“I was very humbled and honored to learn that I was selected by the people to receive the Albany Herald’s Reader’s Choice Award for the Best County Commission Member,” said Chris Cohilas, Dougherty County Commission Chairman. “I was also honored to accept the Best Scenic Award Spot Award on behalf of Radium Springs. We have worked very hard to improve this area and will continue to do so.”

Cohilas has served as Dougherty County Commission Chairman since January of 2015. He is a partner at the law firm of Watson Spence LLP, where he specializes in complex litigation. Prior to joining Watson Spence, Cohilas served as the Chief Assistant District Attorney for Dougherty County, where he led Dougherty County’s first ever felony Crimes Against Women and Children Unit, while still being responsible for many other serious felony matters. Under his leadership, the Unit raised its conviction rate to nearly 100 percent.

A graduate of the University of Georgia, where he received his bachelor’s degree in English with a minor in Criminal Justice, Cohilas earned his Juris Doctor degree from Georgia State University College of Law. In 2006, he was awarded the Young Lawyer Ethics and Professionalism Award for his work as a young prosecutor by the State Bar of Georgia. A 2008 graduate of Leadership Georgia and 2009 Leadership Georgia Program Chair, Cohilas was named one of Southwest Georgia’s 40 Under 40 in 2007.

In 2017, former Georgia Governor Nathan Deal appointed Cohilas to serve as a board member of the Georgia Public Defender Council, where he was elected as chairman of the council in 2019. Georgia Trend Magazine named Cohilas one of Georgia’s 100 Most Influential Georgians in January of 2018. Because of his unwavering leadership and support for the AlbanyDougherty community through three separate Presidentially declared major natural disasters occurring in 2017, in March of 2019, he was awarded the Justice Robert Benham Award for Community Service. 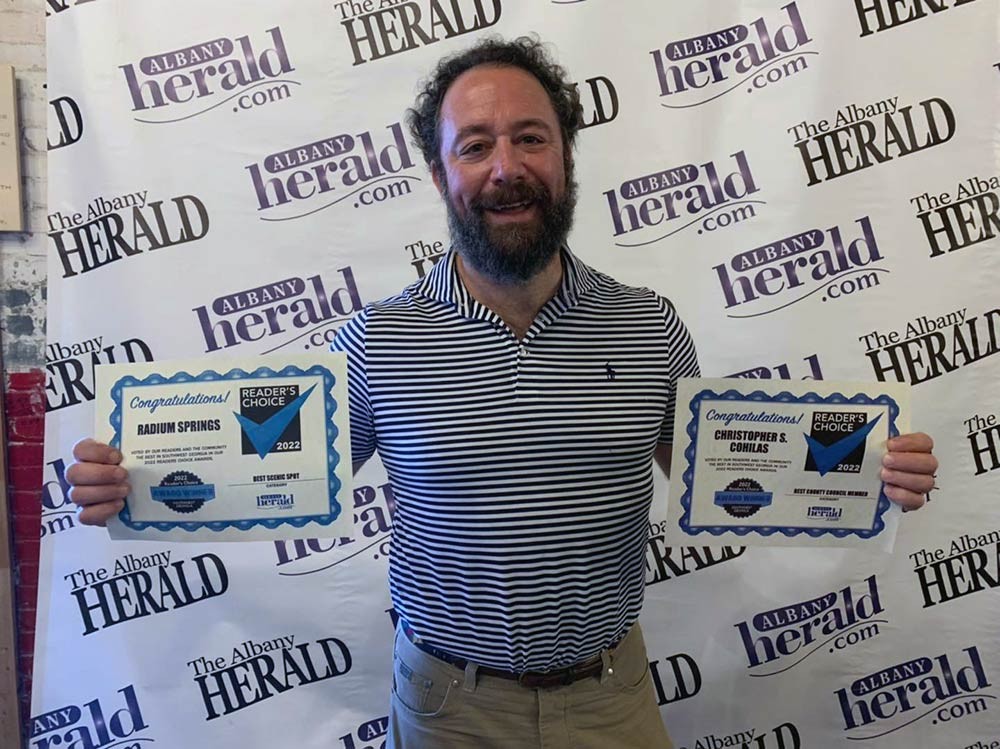