Sheriff Kevin Sproul began his law enforcement career as a jailer with the Dougherty County Sheriff’s Office on September 8, 1982. He served as Shift Captain on the midnight shift at the jail from September, 1984 – March, 1986. He served warrants and civil papers from 1986 to 1993 while working as a bailiff in the courts. Kevin began assisting Lieutenant Frank “Deputy Dawg” Sumer in 1993 in the youth department. He was later promoted to Lieutenant in 1995 as the Youth Director and then obtained the rank of Captain in 1999. During his tenure as Youth Director, Sheriff Sproul worked with children and teenagers in Southwest Georgia teaching character education programs such as G.R.E.A.T. (Gang Resistance Education and Training) and C.H.A.M.P.S. (Choosing Healthy Activities and Methods Promoting Safety) to over 16,100 students in the Dougherty County School System. Because of his great passion for serving the youth and all citizens, he launched a campaign to become Sheriff and on January 1, 2009 he became the eighteenth Sheriff of Dougherty County.

He has been married to Vicki since March of 1983 and they have three children (Amber, Breanne, and Jacob). He is also an active member of Sherwood Baptist Church. Sheriff Sproul enjoys playing computer games, bowling, and golf for recreation and relaxation. Sheriff Sproul is very grateful for God’s blessings on his life and he tries to be an encouragement to any and every person that he comes in contact with. 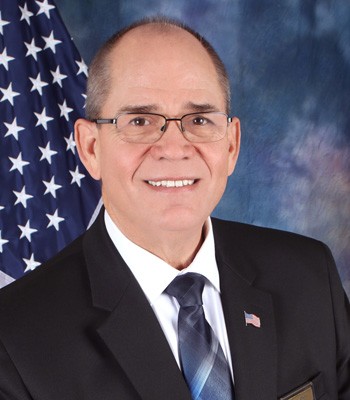 John Ostrander is the Chief Jailer for the Dougherty County Sheriff’s Office. In this capacity, he manages and oversees the daily functioning of a 1230-bed jail with approximately 200 staff. Prior to this, he managed the Professional Standards and Training Division for 14 years, and was a part of the Transition Team which developed the policies and procedures for the current jail facility when it was constructed in 1993-1994. Prior to beginning his career in Dougherty County as a jailer in April of 1989, Chief Ostrander served in the United States Coast Guard. Assigned to the USCGC Vigilant, he worked as a law enforcement boarding officer and telecommunications specialist, performing narcotics interdiction throughout the Caribbean and Yucatan Basin. Prior to that, he served in the U.S. Army as a military police officer. Stationed at the European Command Headquarters in Stuttgart, Germany, he specialized in physical and personal security. 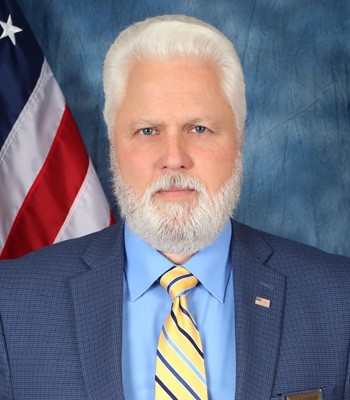 Chief Deputy Terron K. Hayes is a native of Moultrie, Georgia, where he attended Colquitt County High School and later earned a bachelor’s degree in Criminal Justice, with a Minor in Psychology from Albany State University.

While pursuing his college degree, Chief Hayes served with the Albany Police Department (APD) as a Police Corporal. He also served as the President of the School Resource Officer Program and Regional Director for the Georgia Association of School Resource Officers. Hayes was also a member of the Georgia Gang Investigator Association. While at APD, he worked in the Uniform and Investigative Divisions.

Hayes also worked for the Dougherty County School System Police Department, where he served as a Police Lieutenant, Supervisor/Coordinator of the Gang Resistance Education And Training Program (G.R.E.A.T.), Supervisor of the Police Against Crime & Students Against Violence Program. (P.A.C. & S.A.V.)

Currently, he serves as the Chief Deputy for the Dougherty County Sheriff’s Office and as Director of the Choosing Healthy Activities And Methods Promoting Safety (C.H.A.M.P.S.) Program. Hayes also serves as a member of the Command Staff for the Sheriff’s Office and has been featured on the A&E Television series of Beyond Scared Straight for three seasons because of his Prevention & Intervention work with the Youth.

Hayes is married to his wife Connie Hayes of 20 years, and they are the proud parents of two loving daughters, Kirsten (17) and Karli (15). He and his family reside in the Good Life City of Albany, Georgia, where he enjoys traveling, golfing, reading and spending quality time with his family. 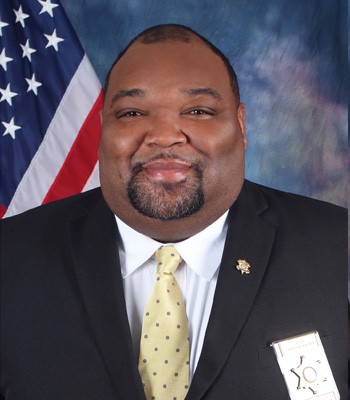