Ed Newsome began serving as Commissioner in District 1 of Dougherty County in January of 2021. A native of Albany, Georgia, Newsome is a product of Dougherty County School System, graduating in 1973 from Albany High School. He went on to earn his bachelor’s degree in Business from Georgia Southern University in 1977.

Newsome returned to Albany after college and went to work with his Father at the company he founded in 1949, Albany Air Conditioning and Heating, and became owner in 1990. Currently, he serves as CEO of the company, along with his son, Clint, who will be the third generation in taking over the day-to-day operations.

An avid hunter, fisherman, and golfer, Newsome and his wife, Pam, have three children and three grandchildren, who keep them busy. He enjoys spending time with his family at his recreational home in Lake Blackshear. 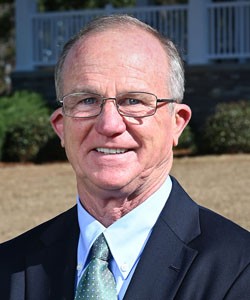